Valheim Hearth and Home's Update Details, Content And Features To Be Excited About!

It’s not just your home that’s about to change. The main focus of the Hearth And Home update for Valheim has been billed as the new furniture and building components. But as we learn more about what’s coming, it's clear that it will be a major overhaul for the entire Viking survival sim.

The update, releasing on September 16, will not only introduce a number of new items and building materials, but also extra systems to get stuck into.

Here are the new features in Valheim’s Hearth and Home update that we’re most excited about.

Valheim's food system is unique among survival games. Instead of punishing the player for not eating regularly, the game rewards eating by granting extra health and stamina while the hunger bar is full. Most foods give players an even split between health and stamina, but this is set to change in Hearth and Home. After the update, some foods will give players a boost to stamina, others to health. A select few will give a split of both.

Instead of garbling down whatever food they may have around their base, players will have to strategize for each activity they plan to do. Players building around their base will want to eat stamina-enhancing foods before starting, whereas those focused on combat will want to prioritize health and a bit of stamina. Accidentally eat the wrong meal and you can also munch on a new variety of berries to puke up your lunch and reset the bonus stats. Not a tactic we’d advise in real life.

This has the potential to add pseudo-classes to Valheim. For instance, a group may opt to have one player eat only health-increasing foods to serve as a tank. Meanwhile, everyone else eats stamina-increasing foods to deal damage with bows and swords. With this new food system, these combat distinctions may become necessary. 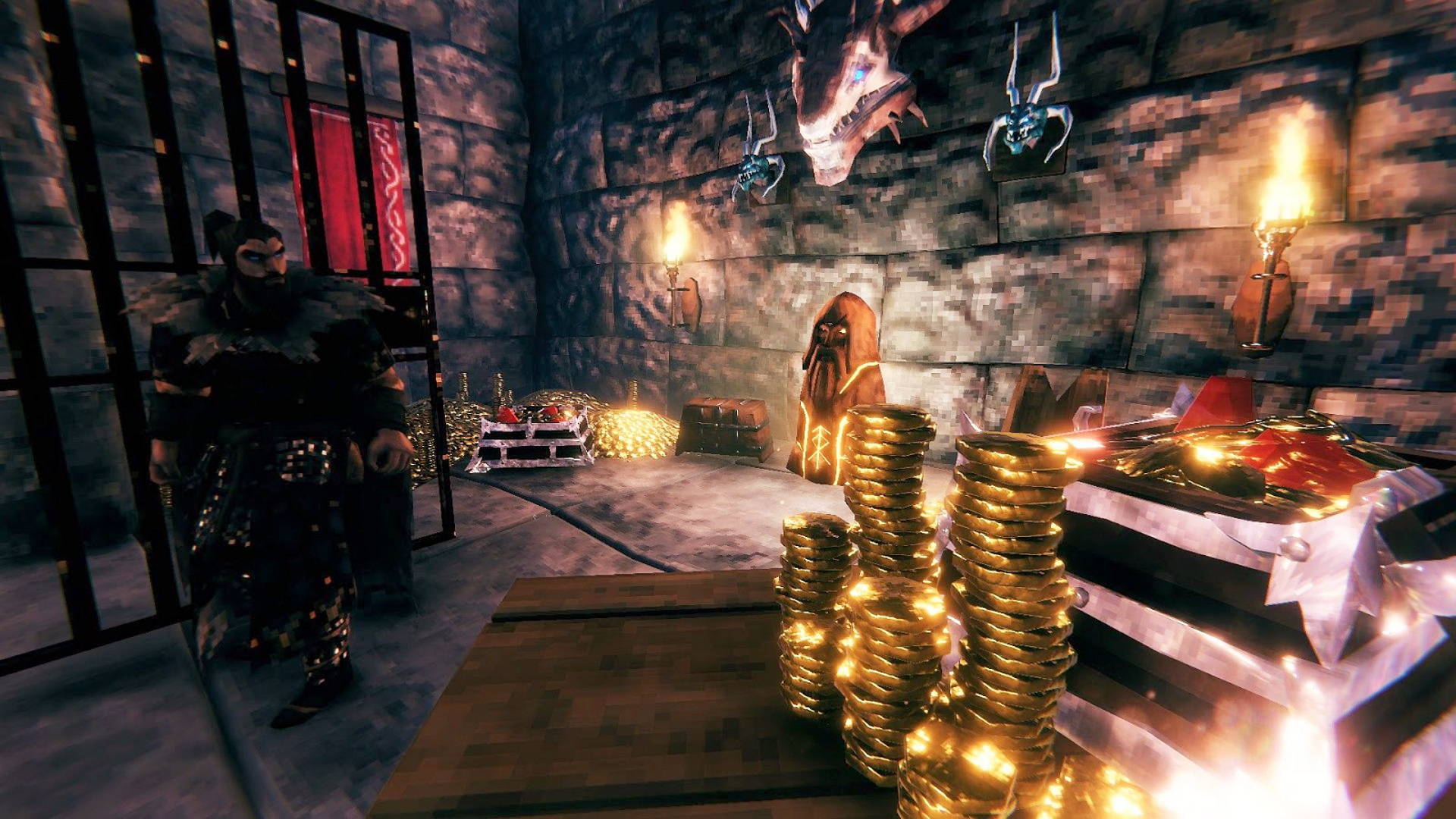 Along with new foods comes a host of new ingredients. Raw meat is being split into three new categories which depend on the animal you harvest from. Each of these meats has different health and stamina buffs tied to them. The three new meats are:

The stats for these meats seems to be tied to how difficult the animal is to hunt, with boars being the easiest and wolves the hardest. In addition, there's also a new onion crop and a handful of yet-to-be-revealed recipes for players to cook up. In order to do so, though, they'll need to upgrade their cauldron with new cooking extensions. These add-ons work in the same way as those for crafting stations like the workbench or forge — simply place them near the cauldron to gain the effect.

There's also a new oven for baking bread and lox meat pies. Expect that to work in a similar fashion to smelters. 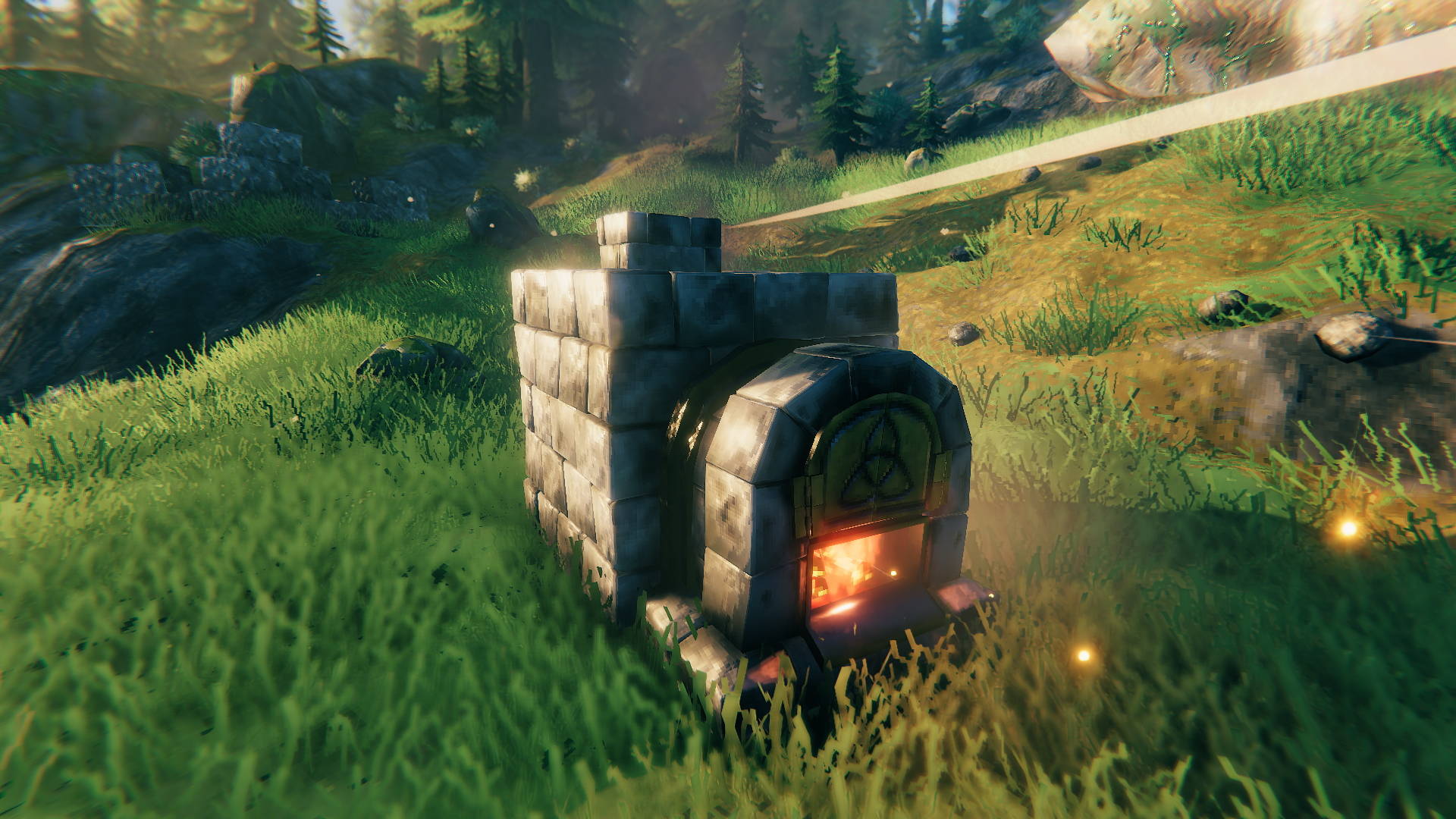 All of the weapons in Valheim are receiving a rework on some level in the Hearth and Home update, but a few are getting more attention than others. The two-handed axe has received a massive overhaul. It will be significantly faster to wind up swings with it, and it has been given extra stagger damage with its cleave. However, it will still be much slower to swing when compared to other lighter weapons in the game.

The bow has received a mix of nerfs and buffs. Currently, players who max out their bow skill are able to draw their bow almost instantly. When the update releases, there will be at least a small delay with every bow draw. On the flip side, stamina will drain much slower when a bow is fully drawn. Only the initial windup of the draw will drain stamina near the current rate, allowing players more time to take aim. 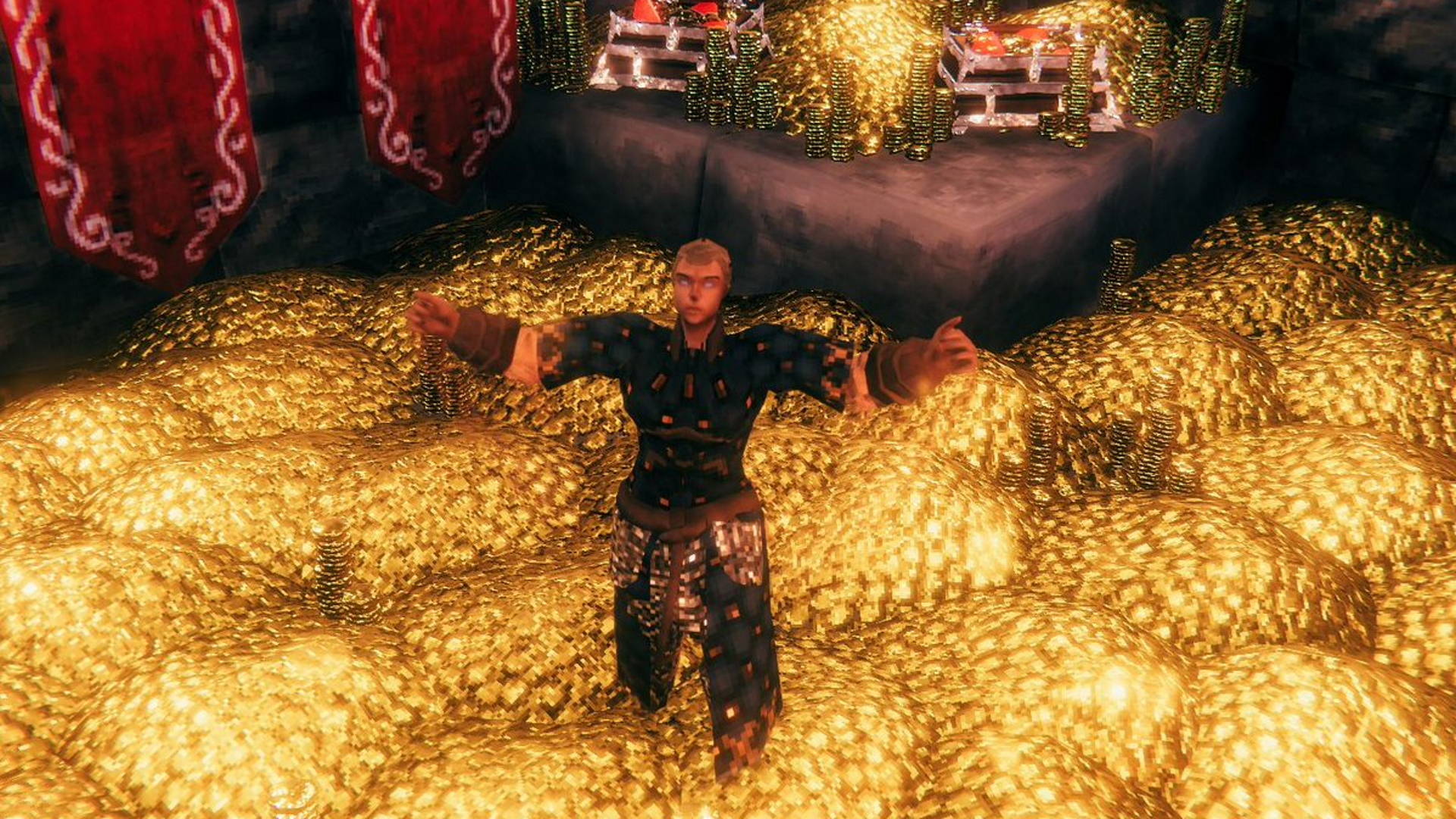 With the new food system come changes to how health and stamina are used in Valheim. Instead of relying solely on stamina, blocking will now be based on how much health a player has. In addition, a new stagger bar will show how close a player is to being staggered after having their shield hit.

Tower shields and standard shields are fairly similar in the current state of the game, with the latter being faster and the former holding no clear advantages. That's about to change in Hearth and Home. The tower shield will now allow players to block multiple enemies at once without drastically increasing their stagger bar. The new buckler shield is built for quick parries but may not be the best for actual blocking. The standard shield will serve as a middle ground between the two. 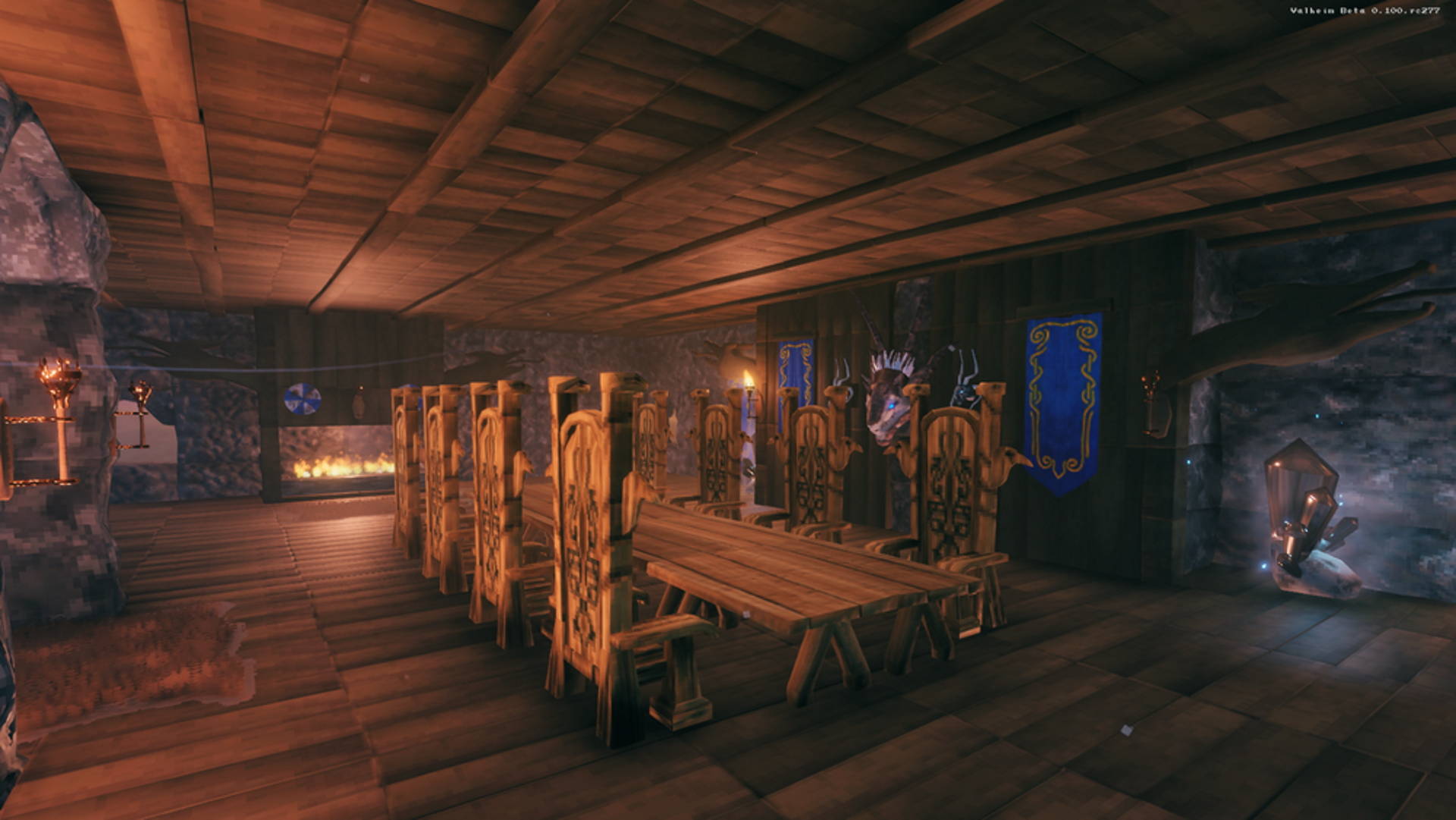 In the current state of Valheim, each player can be a swiss army knife, able to take on any task in the game as long as they have the gear for it. Hearth and Home will change that, forcing players to find a niche for themselves in any given situation — at least temporarily. This update may lay the groundwork for a future class system, similar to how Relogic slowly introduced a number of classes into Terraria. If Iron Gate's rollout is anywhere similar to Relogic's, players are in for a treat if they stick with Valheim for the long haul.