The Best PPSH-41 Class In Vanguard

A staple of Russian weaponry

With Vanguard now in the wild for players to enjoy, users are exploring the many weapons available and there's been some familiar faces when it comes to weapons the PPSH-41 is one that many players recongize.

The Russian SMG has been seen in nearly every COD based on a WW2 era, and it's no surprise players will want to use one within Vanguard.

Here's the best loadout for the PPSH-41 in Call of Duty: Vanguard.

With a staggering, 10 attachments to pick on your weapon, you're truly spoilt for choice.
When choosing your attachments, you'll want to consider what attachments will improve this weapons weak areas and how you tend to play.
The PPSH-41 is one of the many SMGs within Vanguard, and while it does suffer from extreme recoil at times.
We've crafted a build that will reduce this recoil, as well as giving you an ample amount of damage so you can decimate enemies running around the map. 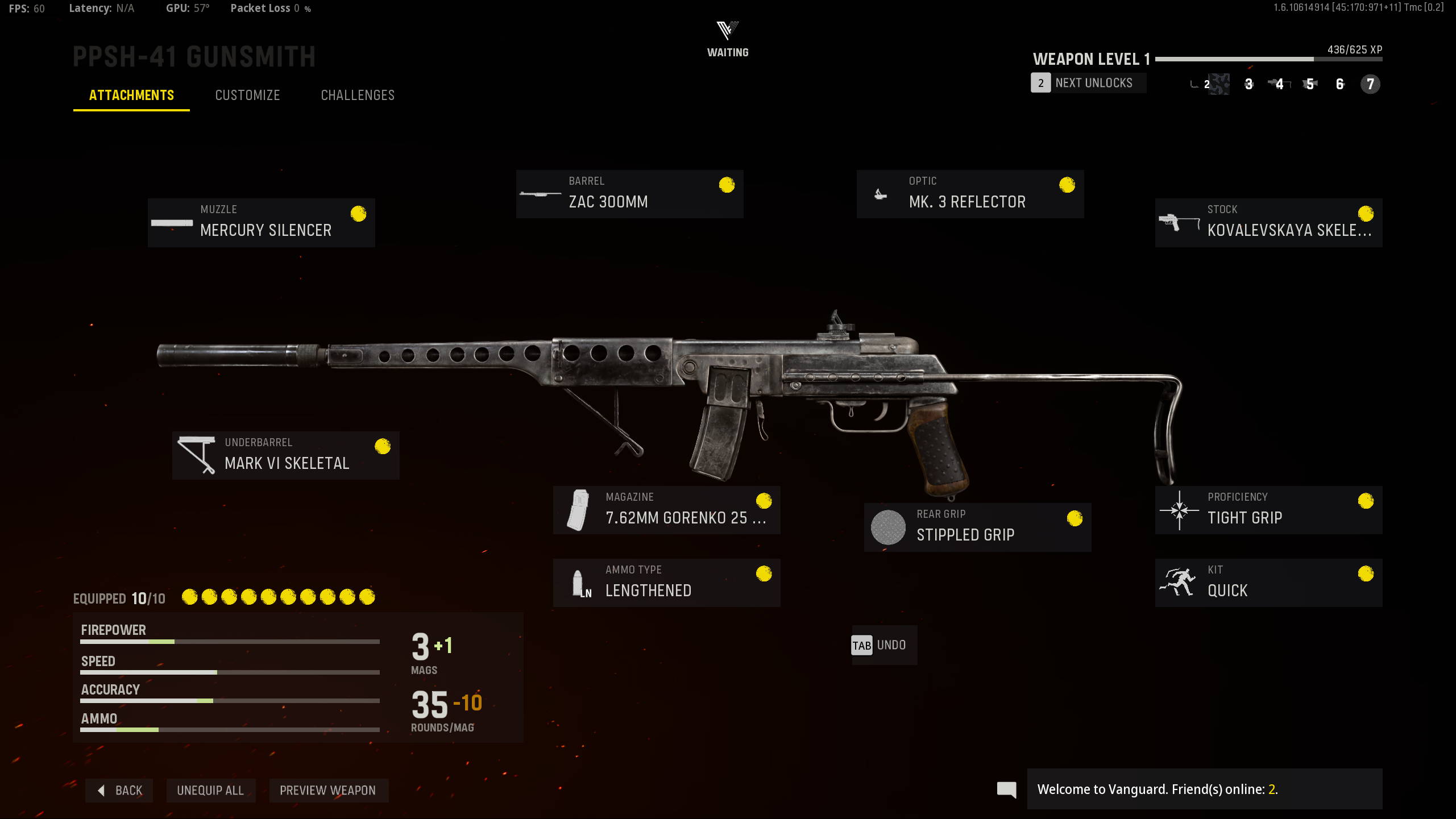 This setup is tailored for up close and persoanl engamenets, while we've signficantly reduced the amount of recoil you're going to have with the PPSH-41.
As well, we also put a focus on the spring to fire speed with this SMG, as while hip firing is fantastic, you're going to want to have your weapon prepared.
There's some Muzzle attachments that are decent for the PPSH, but we've chosen the Mercury Silencer, simply due to the sound suppression and recoil control it gives you.
Your Barrel choices are limited, and we've opted for the Zac 300mm, as it gives players a little boost when it comes to recoil, and overall bullet velo.
Your Optic comes down to preference in my opinion the MK. 3 Reflector is the best within the game.
For Stock, the options are bascially come down to either the Zac Folding or the Kovalevskaya Skeletal. We've opted for the latter option out of the two, as it gives players some incresases to sprint to fire speed and overall movement speed.
The Underbarrel option is one that's subject to change depending as there's some decent options here once again. We've chosen the Mark VI Skeletal, as it bolsters the PPSH's ADS speed.
The Magazine attachments are average at best for the PPSH-41, while players could rock a 71 Round Mag for this weapon. We think the 25 Round Mags are perfect, and they don't have many cons as compared to other mags.
We've gone with the Lengthened rounds for this setup, none of the other options are really useable. But, if you want, you can experiment with the FMJ or Subsonic rounds!
More recoil buffs comes into play with the Rear Grip choice we've opted for with the Stippled Grip.
Your Proficiency also has viable options, but Tightgrip is without a doubt the best one for this weapon. Simply due to the fact, players will be able to have incresaed accuracy when getting shot at, making it easier to land shots.
Your Kit option is going to be Quick, using an SMG class it's to hard to not pass on the incresaed movement speed.

The Gammon Bomb is going to be the letahl you're going to want to rock when using most SMG classes. It explodes on impact, so if you're in a chokepoint with enemies, you can easily flick one for an incresaed chance at a kill.

While on the flipside, the Stim Shot will give players a little boost of health when they may need it.

Tracker allows you to see where enemies footsteps are appearing while moving around, giving you a bit of insight into where you may find your next kill!

The third perk is Lightweight, increasing your overall movement speed around the map, letting you roam around faster.

This Field Upgrade is bascially as the name entails, it gives players an added boost of health in the form of a armor plate the player will equip. This can be life or death changing given the situation, and espcially so if you're rocking an SMG. 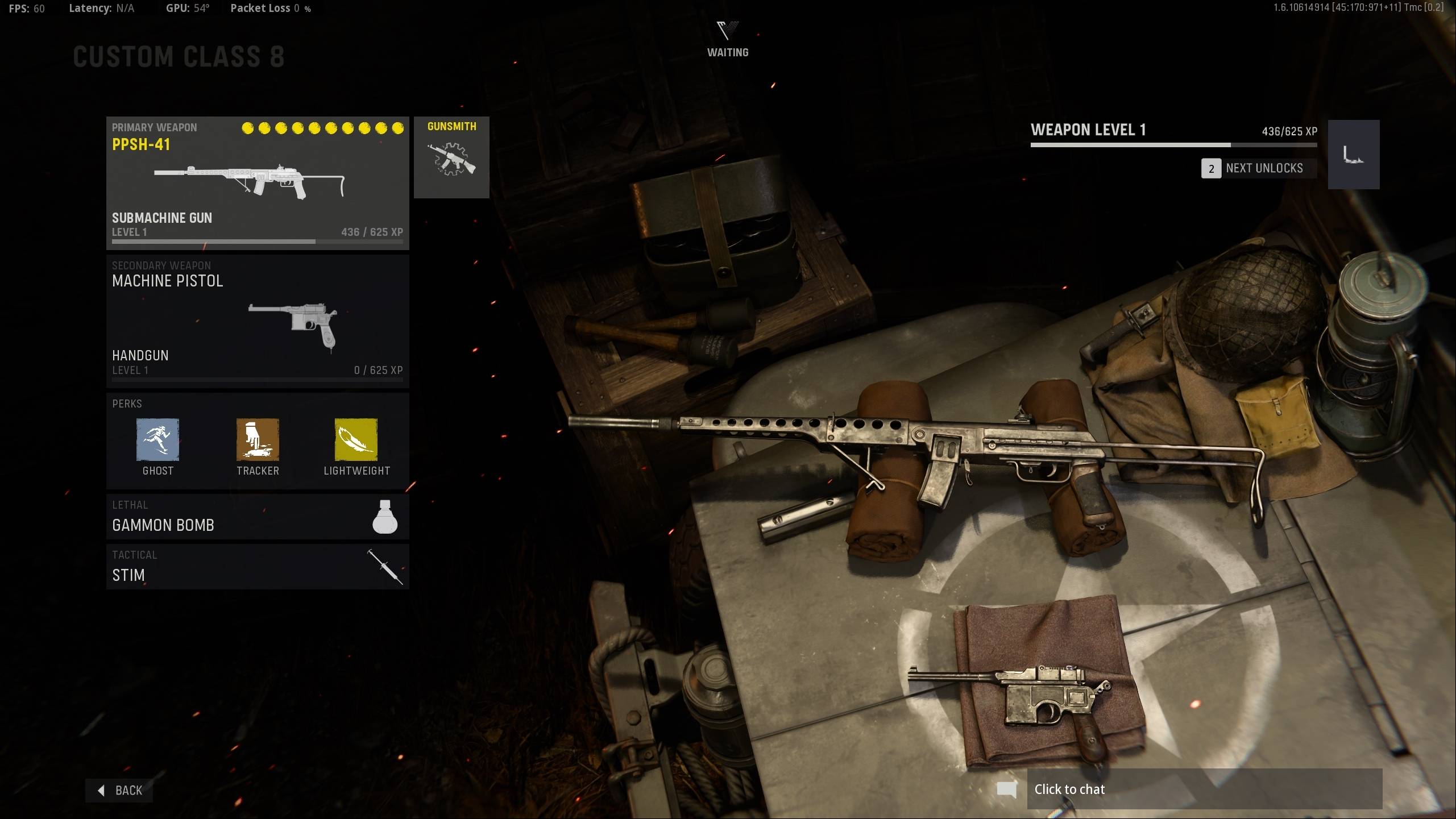